Happy New Year! Today is a great day and you’ve probably thought about what you want to accomplish in 2018. I know that with the right mindset and actions, you will be successful. I’m so excited about my message to you that I’m up at the crack of dawn writing to inspire positive thoughts for your first day of 2018.

You may know that I attended a great high school in Zimbabwe called St. George’s College. Everyone who attended St. George’s graduated with a great sense of pride about his school. It’s called the “red blazer” effect. Although this is true, there is one aspect of the education system that may have had a deep psychological impact on the students. 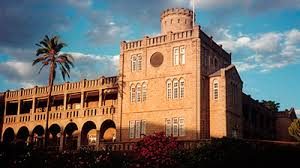 We were broken up into five sets – the students with the highest test scores (presumed to be the smartest with the most potential) were in set one. Conversely, those with the lowest test scores were in set five. Teachers challenged the set ones immensely, and had very high expectations of them. They would make comments like, “Look, even the set fives can get this right!” The set fives, however, were not challenged to the same degree and would sometimes hear comments like, “Well, I wouldn’t expect much from you, anyway!” If you hear comments like this often enough, you will begin to believe them.

Many people have aspirations, but they have absolutely no idea how to reach them. In 2018, write your own story by adopting a “success” mindset. No one’s impression or perception of you (unless you grant it permission) can determine your level of success. Although discouraging comments can be hurtful, they can also ignite your fire, driving you to push harder than you ever have toward your goals.

Congratulations for making it through 2017! All the best to you in 2018. I look forward to hearing your story. Let me know what you would like to achieve. At the end of this year, you will look back at this email and say, “2018 was a spectacular year!”

Talk to you soon.

This entry was posted in Uncategorized. Bookmark the permalink.

Do You Know How to Swim?

You Passed the Test

You think it's about the money?

Thanks for signing up!